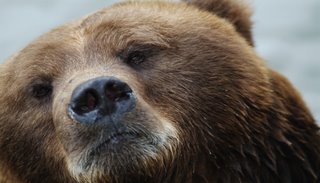 For the last few nights, I have received visits in my sleep from Grand- father Bear. They are not threatening dreams…far from it. I wake feeling, however, that there is something just out of reach of which I should be aware.

Bear has accompanied me all my life. When I see Bear in dreams, depending on his actions, I usually feel calmed. Bear offers great protection, and knowing he is there reminds me of that boost of strength that I know I have in reserve. On some days, it is well-hidden.

The dreams by themselves, these days, don’t have much meaning, other than Bear’s presence. In one dream, a roly- poly little Bear kept jumping on a Red square. I took special notice of this one. The colour Red is often used to make us pay attention; obviously Bear felt I needed a clear reminder.

I know when Bear appears in my dreams I am to notice what I am thinking, how I react to those thoughts, and how I interact with others. I am being warned about my propensity to be too quick to anger…too 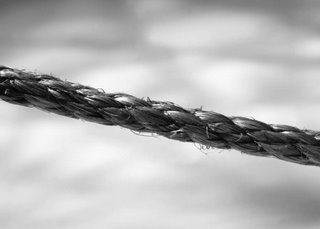 sure of my own power, thereby throwing caution to the winds.

I have been known to chase off would-be thieves, in the dark of night. Bear is fearless in defending his beliefs and his own…but I am not Bear; I must remember that I have limitations. And when quick anger strikes, sometimes I forget.

Bear is sending the message to use discernment in all I do (and think) and to discriminate with careful consideration.

According to Linsdomain website people who identify with Bear will be quieter in the Winter months. I am like that; give me a good book, a mug of chowder and a log burning in the fireplace and I am happy. I find myself thinking…there will be time to research this or that, to read that long book, to organize things…during the Winter.

But, for me, the best message Bear sends is to centre myself and ground. And so, yesterday, when my thoughts were scattered and my energy was being given to nonsensical things...I shovelled dirt. I imagined I was using Bear's claws to dig deep... re-connecting, once again, with Mother Earth.

I worked hard. Not just at digging, but also at being aware of my thought patterns. I was amazed at how often my thoughts took a negative turn. Instead of either obsessing madly or blindly ignoring these pieces of garbage that ran through my mind, I gave each and every one a positive spin. I gave each thought, no matter how small or silly, the time of day, hearing myself listen to the cons and then replacing them with the pros.

I treated myself as if I wa 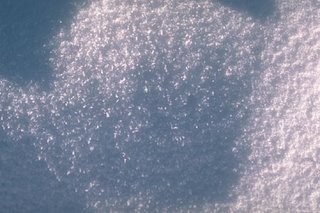 s listening to another person tell me his woes. I gave myself my undivided attention. I found, as the afternoon wore on, the rush of negative thinking slowed and the angst disappeared. And the new thoughts that filed through my mind were clean and fresh...no longer mired in the muddy confusion of a few hours before.

It was as if my mind had a warm Spring shower, leaving it sparkling clear.

And it happened just because I was aware of the lessons from Grandfather Bear.
Posted by Marion at 10:36 a.m.