The old man stood at the foo 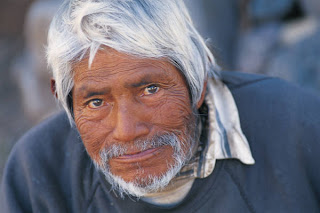 t of the mountain. His bones ached and fatigue was becoming upper- most... would he be able to sleep soon? It had been a long year.

Wind, whipping branches and dead leaves around him, howled a song that gave him his last bit of strength to climb the mountain...his last effort of the year.

He reflected on this last year, as he trod the soft, needled path that led up the Mountain.

His job was to count the Days and Nights, the Minutes and Hours of the year 2006. He had done so meticulously, checking off each millimetre of Time as it passed. By all accounts, he had done a fine job, not missing a Second. Not like Father Time of 1511, who had somehow lost track of huge blocks of Time. It took the New Year's Baby of 1512 to put the whole thing back in order again.

Father Time 1511 had not ever been able to live this down, and in his old, old age, he was still counting the Minutes and Seconds, over and over. Father Time 2006 did not want to face the same fate...he had done his job impeccably.

As he trod the path winding sinuously up the mountain...a path down which, he remembered so well, he ran when he was the New Year's Baby...he reflected. He mused upon the joys and terrors of his year. He had done the best he could to alleviate the damage humanity was intent upon inflicting, upon themselves and their surroundings.

He shook his head...he had not been as successful at tempering the Storms and prevailing Winds of the year 2006 as much as he would have liked.

But there were joys, too...the year a baby was born to a couple who had given up ever conceiving, the miracle of a young man healed of cancer that was slated to take his life, the lady who started the year unable to walk who was now considering jogging...all these and many, many more were counted, just as he counted his steps up the ever unforgiving path.

Wind howled, blowing his hat off his head. Father Time stopped, and watched his hat...the one that had weathered so man 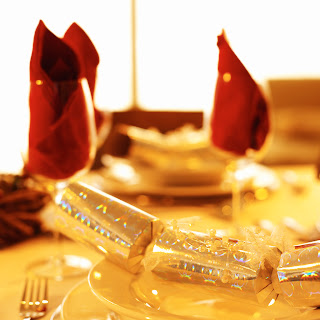 y squalls... tumbling down the mountain. He shrugged... it was a pity, he had wanted to keep his hat...but it was not worth going back down to retrieve it. His bones were aching more by each counted minute.

He hurried a little, but just by stopping to watch his hat, he knew he might be seconds too late to watch the New Year Baby's arrival. He would be chastised for this, he knew. But it would not be enough to keep him from the peace and serenity that encompassed the Time Villa.

And he did not want to miss the fireworks, the horns and bells that would announce the Baby's brand new beginning...another's creative outlook on the passing of Time.

Ahhh...finally. The Mountain top. Already, even before the exact Time of Midnight, he heard bells and horns, saw displays of fireworks. They were early, he mused, humanity had still not learned to wait for the correct moment...

He watched his surroundings quietly, remembering his arrival.

It never changed. Even as he thought this, a shaft of light, shining from Eternity, gently carried a swaddled babe and deposited her in Father Time's arms.

He was enthralled to be trusted with this tiny creature, even as the world blared forth its joy at the arrival of the New Year. Father Time knew the baby would walk within hours; he knew that the babe had all the wisdom already it required to keep constant track of Time. But he couldn't resist playing with the tiny fingers and toes; he couldn't resist hearing the Baby chuckle...in tune with the bells and whistles that were continuous from the world below.

In Father Time's own version of Time, the baby was set down, growing older before his very eyes. The bells had quietened now; Father Time would return to the Time Villa by the very same shaft of light that had carried New Year's Baby 2007 to the Mountaintop.

It was now Time for new beginnings. He stood, gave Baby 2007 her final instructions, and stepped into the Light... 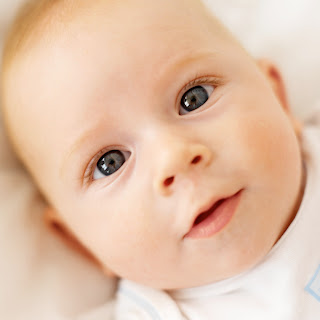 Be Safe, he said to the Baby, make every Second count. Take nothing for granted and remember to count your blessings every single Minute. Don't count the Minutes ahead of Time...just the ones you are experiencing right that Second.

And with that, he stepped into the Light...and immediately began to fade away...

New Year's Baby waved her pudgy hands and heard Father Time's words dwindling in the distance....HAPPY NEW YEAR TO ALL!

She turned, and skipped down the mountain, counting her steps in Time.
Posted by Marion at 5:34 a.m.