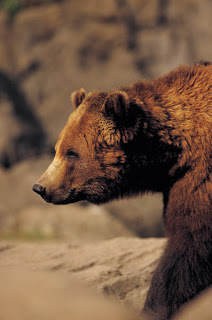 They say the pen is mightier than the sword. I'm not entirely sure of that, since I've never used a sword, and I'm not the kind of person who writes about unfair political practices. But when those practices impact upon my family, the way they have over the past couple of years...it is time to try.

I'm not even a political person. I rarely listen to the news about the excuses these politicians come up with...the excuses are not new, after all. I am not well versed in who is who or what they do in the government...but I write now from a bruised heart.

I write in defense of my mother.

The medical system has broken down in British Columbia; it has been thus for a few years. I hear stories and have personal experience about people waiting and waiting for medical treatment; I hear stories about shoddy care when they are treated. There is a shortage of Doctors and RN's, LPN's and hospital workers, making trips to hospitals a dire last resort.

And it was a last resort for my mother, who is frightened of anything that might smack of institutionalized care. She has fought hard over the last year, since my Dad died, to stay in her own home. She has care workers that come in three times a day, dressing her, preparing food, and doing countless other things for her, that in my absence, must be done...the chores of day to day living.

But, along with shortages in everything medical, there is also a shortage of home care workers. Inevitably, my mother fell, when she was by herself...many, many times. Sometimes she dragged herself across the floor to reach her bed, just so she wouldn't have to call an ambulance, or anyone else, for that matter. She thought she could hide how desperate her situation was...because she knew the next step would be a care home.

Eventually, sometimes she would be taken to hospital, by ambulance, after a fall. After being told she was on too many medications, after she was told that she could walk, if she only tried, after she was made to feel it was all her fault...she would be sent home. Sometimes at 2 AM.

My mother is 85. A grand age for someone who lived through World War II, widowed twice and divorced once, lived through quadruple heart bypasses, lived through the pain of a burst appendix in her seventies and countless other medical problems. When my Dad died, it was the first time in her life that she lived alone. Now there was no one who insisted that she receive proper medical care. 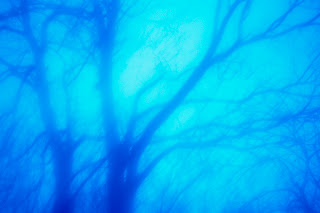 But Mom is a survivor. Sometimes beset by enormous fears, she would become crabby. She would tell me, I am crabby today...everyone bothers me. Most of her careworkers understood; some did not. And these workers, inexperienced ones, would place a complaint against Mom, prompting visits from her caseworker, who suggested to my Mom that a home would be the best place for her. Mom's greatest fear was becoming true.

Last week, after three falls on different days, Mom called me and said her back was hurting. I wondered about pleurisy, since she had suffered with that malady before. No, she said, the pain was different.

I live 40 km away from Mom and the roads were impassable for a time with snow and ice. I told her to tell her careworkers. She did. They asked her if her arm was numb. It wasn't, she said.
But three days of pain finally made the workers call my sister, to tell her Mom needed to be taken to the doctor.

The last time we took her to her doctor's, she fell out of the car and lay in the parking lot, in the gutter, in the pouring rain. Neither my sister or I were able to pull her up...her Doctor finally came out and lifted her into her wheel chair. My sister would not have been able to take Mom anywhere by herself...Mom's knees give out at the most inopportune moments. And it had already been proven that we do not have the skills required to pick her up.

My sister called an ambulance.

There is a black cloud that hovers over hospitals these days. People are made to feel silly, for fearing the worst, feeling fear, when illness strikes and one must go to hospital. People are not listened to...the medical people have no time. In Mom's case, some of her tests showed problems with her heart, and she had a compression fracture, from either osteoporosis or her many falls. She was kept in this time, mostly for pain management, we were told...and a heart specialist was called to see her over the weekend.

At first, she seemed alright, when I visited. In pain, but alright. There were moments when sharp pains appeared in her head. We told the nurses, who checked her blood pressure, and gave her pain medication. I stayed with her until the medication took hold. She was lucid and making sense, even through the cloudiness medication can induce.

But the next day, Mom started seeing things that were impossible. She insisted bugs, people she knew, and her grandkids, none of whom were there, were all around her. She phoned my sister, at eight o'clock at night, out of breath and frightened beyond compare. 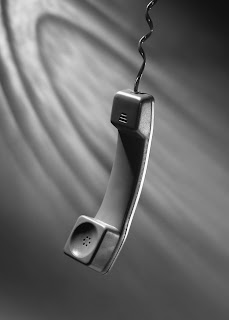 I had made sure Mom had a telephone. But I could not get through. My sister phoned the hospital the next morning; they said Mom did not have a phone. My sister said she did, Mom had phoned her the night before and since Mom could not get out of bed....? Eventually, they found it.

By the time my sister, who had to wait for visiting hours (we had been told in no uncertain terms to not come to the hospital until 2 PM) saw my Mom, Mom was well on her way...seeing things and making little sense. My sister told the nurses, who had not noticed anything with my Mom. They said they did not know her...it was impossible to tell. Does this mean that the medical people know all the other patients under their care? But one LPN had noticed my Mom seemed confused that morning.

My sister phoned me, very upset. Our mother, she said, was not being taken care of...she was left in her bed with no one checking her, unwashed and frightened, looking worse than when she entered the hospital. When she told the nurses about Mom's sudden confusion, they said it was due to medication. When they checked, it was noticed that Mom had had no medication since the day before. And this is a lady in the hospital for pain management?

So Mom's sudden confusion had nothing to do with medication. But I remembered my father-in-law hospitalized three years before his death suddenly becoming very confused, telling us he had seen certain nurses having sex in the next bed, with butterflies flying around them. We told the nurses then, too...but it was not until we finally phoned his doctor, that they discovered he had hydrocephalus. Quickly, then, he was taken for MRI's and CT scans, and operated upon. He weathered the operation at the age of 89. This experience made me think...

After I spoke with Mom by telephone, she told me the nurses had asked her if she was seeing things. I asked, are you, Mom? No, of course not, she assured me...and then proceeded to tell me the hospital needed cleaning...there were bugs everywhere. And there was a dark man behind her head and one of her grandchildren was sitting by her side. This grandchild lives in Vancouver, and was certainly not sitting by her side. The dark man...he sounds familiar.

I phoned her doctor, who was too busy to speak to me, but his nurse took down the information, and said he would check her this morning.

I don't know if Mom has hydrocephalus; I only know that it is estimated that 14% of the elderly in care homes are misdiagnosed with it, giving the diagnosis of dementia. I am not a medical person, I only have personal experience with it. Untreated, death will occur. I know, too, that I am tired of the treatment my family has received. 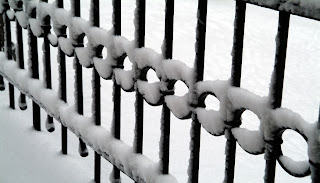 Stymied, I sit here and write. After a weepy, frustrated breakdown last night, and a sleepless night, I am girding my loins, so to speak. I am leaving for the hospital in a couple of hours. I will wash her myself, I will make so much noise doing so, during visiting hours, that it will be noticed by every last person on her ward, medical or otherwise.

If my inappropriate behavior has me thrown out, or hopefully, jailed, I have told Graham not to get me out...but to send reporters. People who own pens. So angry now, I will speak with any and all...with my guides and allies fully in agreement.

Tell me, Mr. Premier, if it was your mother lying uncared for in a hospital bed, what would you do?
Posted by Marion at 7:30 a.m.