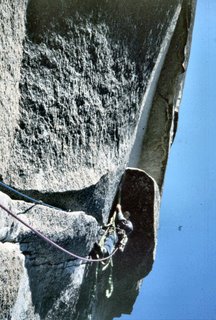 Last week, I formed the largest intent to heal I have ever had. Perhaps other times when I have been sick, or have had an injury, the pain wasn't as severe as it was this time with my hip and leg. Perhaps it was just time for me to learn a big lesson. Perhaps the Universe decided I had suffered with this pain for long enough...I had sustained the injury exactly a year ago.

When the medical system left me dangling...when appointments for specialists (some I haven't even seen yet!) take over a year just to get in, I realized I would have to become pro-active in my healing. Shamanism has given me many tools to work with. However, I was still of the deep-seated belief that doctors were the ones I had to see...they were the experts, after all. How did I know? This was a belief my mother holds, and one that was passed on to me, many years ago. It was time to accept that this wasn't necessarily true.

It took awhile. I had to form a close relationship with my guides. I had to listen, and decipher, to any dreams I had. I had to stand strong when doctors told me there was an operation in the future for me, scoffing that I might be able to heal with Reiki, Shamanism and deep tissue massage therapy. It is hard to stand strong against doctors, who, in my mind, ranked very high in the scheme of things. I was brought up to never question their diagnoses.

But Shaman Elder Maggie Wahls had a different idea. One where she felt I was holding on to something, something that I wouldn't let go, something that was hidden deep inside my root chakra. What was it? I didn't know. But I determined to find it.

I felt fear and anxiety each time I meditated (somewhere deep inside, I knew this wasn't an easy thing to face) on the black negative entity that had latched onto my pelvis and hip. The fear and anxiousness held me back...it was as if when I asked my guides for help, I was also pushing them away. I was so afraid of the difficulty of the healing, of what I had to face. 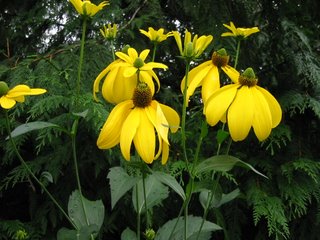 But, within the last three weeks, my intent strength- ened. I visited a deep tissue massage therapist (this was real agony) with whom I developed a deep relationship in a short period of time. I searched out natural remedies at Tools for Chronic Pain. I developed a far greater relationship with my guides. Over and over, I accepted the far-reaching consequences of healing, knowing I had to use inner and outer strength and endurance throughout.

I had to use authority, impeccability, clear intent and no fear, in the shamanistic state of being.

My doctor gave me a drug called Gabapentin, one used to control epileptic seizures. Over my strong objections, she told me the drug was no cure, but it would reduce the severity of the pain, without side effects. It took a few days more of very severe throbbing pain, before I actually tried it. And, indeed, the severity of the pain lessened, and so far, no side effects. But I am wary and watchful...whether they be herbal or prescription, drugs can react in weird ways on my body.

I was told by my guides in a meditation to use conventional and alternative ways of healing; that both had merits, neither one over the other. Abuses and healings occurred in both. It was a belief system I had that had to change. I was to bring balance into my healing remedies.

My massage therapist, Sherri, asked me if I minded losing my uterus at age 27...had I wanted more children? Fighting quick, stabbing pains and tears in my eyes, I felt surprised at the well of emotion her question evoked. And I said, yes, I had, I had wanted so many children.

And the rocket was launched...

I had forgotten. As soon as I had the operation, my marriage dissolved. I had no time, with two young children, to mourn the loss of more children. There were many events around this time I just stuffed away, never to see the light of day, until my body no longer wanted to carry all those burdens around. All those containers of unlooked at traumas.

Lennix (Dreams and Self-Healing) visited in a dream, sending a strong message from between boxes, some opened, most not. There was a child who seemed familiar who changed into many children. There were ferocious dogs surrounding us. These were the memories I was left with this dream, one I knew was very important.

On a day when my mood and my leg was particularly bad, Graham gave me a Reiki treatment. I intended to do trance work during the session; this was the time. I felt as if I was going to the gallows. The fear of what I might have to face...I really dislike physical pain, and mental pain is certainly on par...made every muscle in my body tighten, only contributing to more pain.

My granddaughter would have called me a weenie.