Painful Memories and the Chakras 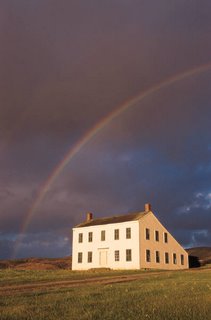 The study of the Chakras is a fascinating subject for me. Watching Caroline Myss’s DVD "The Energetics of Healing" has immersed me even further. I have finally realized how the energy vortexes work within me…because although I had studied the chakras, I did not relate the information to my own body. Then I re-membered…

Many times throughout my life, if I received a direct hit or insult from someone, I would feel the most unearthly pain in my first and second chakra. The “pain” would almost make me vomit. The rush of hurt and sorrow I would feel would rush through the centre of my body…through the chakras, and settle in my groin area. Even a few years ago, I did not understand what this feeling was, even though I recognized it very well. The “hit” would bring instant tears, and I would wait for the rolling rush that would settle in my groin, knowing I was very, very hurt. I didn’t know how or why it would settle there. I knew so little about it.

Now I believe that each and every time the pit of my stomach felt hollow, empty and without hope, the insult or hurt would settle and lodge in my first or second chakra. Then, if another situation arose similar to the first, it would activate the darts that had already taken up residence and build on it…adding layers to the original hurt. The whole thing became a vicious circle. 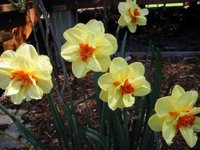 In order to heal myself, I believed that counseling would help. And it did. The problem was that many of the hurts were forgotten, and not dealt with in counseling, until an identical circumstance happened. And then the pain would flare, sometimes all out of proportion to what was said or done. I believe the hurts grew bigger, adding more and more layers, until the four bodies were actively involved…mentally, emotionally, physically, and spiritually.

The only thing was, I did not understand the concept of the chakras, and the holding pattern they were engaged in. I became more and more confused. I had dealt with these past hurts, hadn’t I? Hadn’t I dragged experiences out, talked with my therapist about them, and then put them to rest? What more could I do?

I decided that I would have to accept that part of myself. If the rush of pain hurtled through my body, well, it was familiar to me, at least. And other people didn’t speak about this odd sensation I was experiencing. I convinced myself it was probably another one of my strange ways. Accept, and ignore…deny what was happening, I told myself. It was not real. And it could not affect me further.

How wrong I was. Graham gave me a full Reiki treatment the other day. Graham is a Karuna Master Reiki practitioner. And after a couple of years of daily practice, he is very, very good at it. Something always shifts inside when I receive a treatment from him, and this time was no exception.

Graham used a symbol for past life therapy, I believe, on my second chakra, but I may be wrong. I know that I was very far away, and suddenly back in my childhood. Such wonderful memories came up for me, and I wondered why suddenly I was remembering my sister’s blackberry cupcakes, swimming in the river, feeling hot summer sun, smelling the hard-baked, dusty earth. A lot of childhood memories came up, not one of them filled with fear and anger. At the beginning of the treatment, I did not know he was going to do this, so after being treated, I mentioned how weird it was that I was right back in my childhood.

He asked me how I felt. Joyful, I said, it was a wonderful time, and even as I voiced it, I wondered what had changed within me…my childhood, I thought, was anything but joyful…at least what I thought I remembered. But Gray says my whole face lit up, with a huge smile on my face, and sparkling eyes. I suddenly realized there WERE wonderful memories…but the bad ones had taken up primary residence in my chakras, shading the rest of the remembrances of my childhood a very dim, dark and dull colour. Suddenly, daylight hit the dingy corners of my childhood recollections. Suddenly, the whole world brightened.

And then, when he asked me what age I was at, as I recalled a happy moment, I realized I must have been about 8 or 9 at the time. I realized, with all the bad ones, there were happy times, too, giggly times…I can feel the giggle bubble up, the one I used to let flow out of me without restraint, the one I hid. I practice using it, and it feels so good.

Now, as I walk this new path to which I am being introduced, and as I learn the lessons relating to the chakras, I realize I am being given a very valuable tool in understanding the chakras and how they relate to MY physical, mental, spiritual and emotional bodies. And then, ultimately, to knowing myself on every level.

I already know I have work to do on my 5th Chakra, the throat, connecting back to issues arising out of my root and sacral chakra. I am finding that more and more and more people are opening themselves to me, telling me their fears. If I have difficulty voicing my intuitions, I cannot help them. I am not sure why I “clam up” so quickly, perhaps fear of failure, but I would heartily endorse the absence of it.

But it all takes time. I would love to be able to inhale all this information in one fell swoop. I remind my self to be patient…it took a lifetime to get where I am, and it may take the rest of my life to learn where the wrong turns were taken.