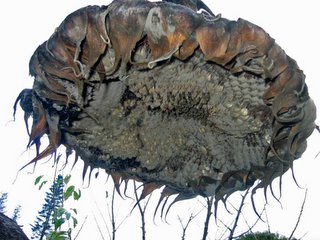 It took me a long while to understand the concept of the negative bodies that can attach themselves to us, easily, if we are not aware. After struggling for a long time with this, one day it just clicked...an aha! moment.

When I realized and understood that each of us has different ways of understanding ourselves, I eased up on myself. My way of understanding negative bodies is not necessarily the other person's way (whyever should it be? ...someone reminded me the other day that I have always thought differently and kind of weirdly, he thought...heehee.) but that's okay!

So, in order to understand this convoluted idea I was presented with, I put my own spin on things.

I 'see' my negative bodies as actual entities. I visualized myself as a bright, egg-like shape, with the colours of the corresponding chakras shining through the luminous covering. Over a long period of time, neverending, I revisited my life and my memories of events. I 'felt' direct hits to the chakra openings, and I 'saw', again, the pulsing, dark bodies that had attached. They reminded me of the bloodsuckers that used to attach themselves on me when I played in a swampy pond near my childhood home.

Some of the bodies that have attached I have no memory or sense of what they are, or where they came from. These are the ones that require a Reiki spirit cleansing and/or a journey. When I first started this quest for knowledge about myself, these bodies were firmly attached and rooted, gleefully feeding off my energy. And, for most of my life, I never knew they were there. Because I was always living someone else's reality and beliefs, I didn't even know what my own beliefs were. But a lot of those old bodies have released through subsequent Reiki sessions, and changing my belief about something.

Some of the bodies I knew well. They were old enemies, created by marriage breakups and deaths, most prominently the death of my child. These bodies were firmly ensconced. They were comfortable with me, and I with them...I carried them around willingly for a long time. This behavior, of course, took away any energy I might have given to more enjoyable pursuits, but I held on.

But, as in the way of the Universe, all things are dealt with, when the time is right. Synchronistic events occurred, and Gray started to study Reiki, very intensively. He needed to practice what he was learning...I was constantly receiving full body Reiki treatments. Those treatments catapulted me into facing those comfortable, dark, dank negative entities that were slowly eroding any chance I had for joy and serenity.

My body reacted...I went through a series of sessions where, when the entities released, my entire body shook and shook. Tears...great gulping sobs, the kind I don't remember ever having burst out of me without any restraint. I wanted, on some level, to stop this search for living life a better way. But I could not deny my soul peace and happiness. I wanted balance and serenity...and the only path I saw ahead where I could truly be happy involved standing and facing these bodies. And releasing them with love, and filling the space left behind with love and a new belief.

Then I learned to embrace the new belief with as much strength as I could muster, using it as often as I could until the belief became as comfortable as the old. The difference was, these new beliefs didn't drag me down; they energized me instead. And made me laugh. And giggle. And sometimes, I walk around, as my friend Jerr says, in a state of grace, experiencing pacific moments. So much better than the weight of those old beliefs.

To keep the negative bodies from having such an extreme hold on me involves keen awareness. This, too, develops with practice and more practice. I use visualization daily; it is as if I am having a daily shower, I check all the 2000 body parts for any niggling seeds of doubt, of negative thinking. I don't always find them; yesterday, during a Reiki session (again!) I visualized a couple of negative, skeletel entities, melting into necrotic decay and finally disappearing altogether. I do not know who or what they represented; however, today is a great day. And it's due to the expulsion of those rotten bodies.

It's so much easier to live life with my focus on the positive side of things. It is so much easier. I have learned to enjoy anticipation of a new day...just the day. It doesn't even have to be a special day, with a special event...just the sun shining its golden beams in my window, or the wind that carries special whispers to me, or the rose that blooms in the middle of winter...these are things I now notice that sustain me. These are true miracles. 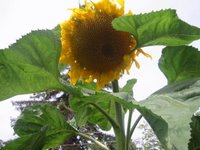 I would not have been aware of them much, before.

Visualizing those bodies, learning how to banish them, and then learning how to change my belief and embrace a new reality, one filled with happiness, really fills me with awe. How amazing this is! And, in hindsight, how very simple.

I think I get far too involved in what is considered the 'right way'. When I do that, I deny myself the ability to figure it out, to listen to intuition, to learn who I am and what I believe.

And I like using the tools I have been given, and doing it my way.
Posted by Marion at 7:09 a.m.