By far and away, most of my nightly journeys remain jus 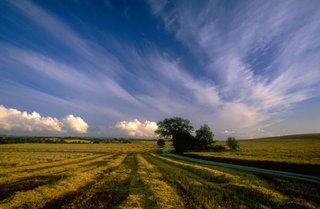 t snippets of memories, after the initial dream- state awakening. It is as if they recede into the mists, there but just out of sight...

My dreams of late have taken on an urgent quality...as if the message has to be given in a sharp, sometimes very emotional manner.

I remember asking my guides, not so long ago, to help me recognize the signs and messages that are given in dreams. And they have complied, with very direct, succinct images and words. You get what you ask for.

Last night, I was given an introduction to Graham's Father. I had never met his Dad; he had died long before I met Gray. In my dream, a knock came to my back door. It was sharp, peremptory, and required answering.

Opening the door, I find a strange, misty light, with beams of ever-changing colours. There is nothing there, but the fine particles of effervescence.

At the bottom of the stairs, there is a figure that shifts and changes with the light, finally coalescing into the figure of a man with his hands in his pockets. He is dressed well, this dark-haired gentleman. I don't know how I know that, as he is hazy in the mist. But the energy he presents tells me he knows how to project himself with authority. 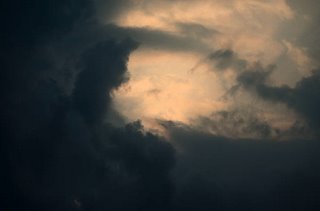 alize that this man is Gray's Father. I have looked at photos at some point in the past, but I don't remember what he looked like, when he was alive. He seems stern, as if he expects me to listen and to have respect for what he has to say. His demeanor is at odds with his calm stance; with his hands in his pockets he is at ease, yet very alert. He finally places a foot on the bottom of the three-step staircase, as if he wants to reach a little closer, but is inhibited in some way.

I notice his hair is dressed; perhaps it is not so dark after all. We speak. He commands me to hear what he wants me to remember of his words, and I find myself repeating them back to him. I find myself shouting the words out, feeling a little foolish, in my dream.

I wake myself up, shouting. I shout out the words once again...they are directed at Graham, the message is for him. The words are Remember the Binder.

Gray slept on, muttering a little, and I turned over, feeling content, as if I had successfully completed the mission given me. I remembered the words once again when the alarm clock rang, and told him.

Graham says his father always stood with his hands in his pockets, at ease and yet not. A Military man, his father had a commanding presence. And he used dressing in his hair, making it look dark brown. 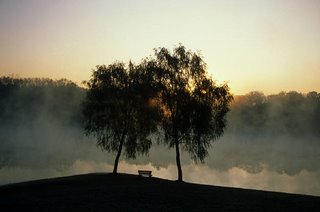 Graham has a four hour exam- ination this morning, one in which he requires a Binder.

I told him his father would be with him.