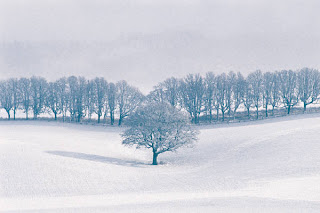 For my first visit to Williams Lake, we drove. Our vehicle was new; we bought it only a few days before we left. It is sure footed in the Ice and Snow, and it does everything except make my morning coffee...

But new vehicles have small bugs that must be identified and fixed. We did not have time to find these inconsistencies before we left. But one problem became annoying and somewhat dangerous...the windshield washer gave up the ghost half way to our destination.

On snowy, muddy, salt-encrusted highways, a clean windshield cannot stay that way for long. We found our water bottles came in handy to wash the sprayed Mud and Ice and Snow from the glass, although this only worked until the next huge semi-trailer passed by.

Nothing could take away the beauty of the Snow-covered lan 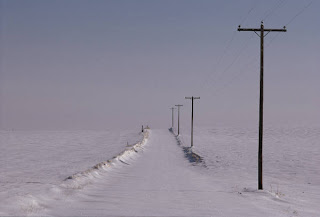 dscape, however. This was not coastal Snow...these flakes kept their individuality, even as they lay on the ground. After we stopped for the night, I went for a walk...it felt as if I was walking on a blanket of Stars, that winked and blinked at me, telling me their gleeful secrets.

Then I remembered I had forgotten my camera! Both cameras were sitting on the table...back in Qualicum Beach. It was very difficult to accept my ineptitude in leaving them behind. So many photo opportunities were lost; and yet, in the end, I discovered I would have had little time to take photos. Time was distinctly accelerated on this trip, and the impressions made would have to stay in the camera of my mind.

As an individual who has lived on the coast for most of my life, I was enthralled with this Snow that clung to Trees and other vegetation, long after the last Snow Storm had passed through the area. Vast fields of untouched white, with Cattle dotted here and there, gave me the urge to place my footprint 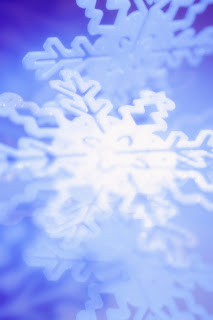 It was cold. The temperature lowered the further North we drove, and yet...this was a different cold. Temperatures of -9C on the Coast, with the biting Ocean Wind, would have me diving for the best spot in front of the fireplace. Here, with Sun's smile beckoning, the temperature felt crisp, to be sure...but it also gave energy. The kind of energy where outdoor activities no longer felt scurrilous, a thing to be avoided. Rather, this kind of energy called me to come and see...

Coming from the South, the first glimpse I had of Williams Lake was a sea of White. Even the roads were packed with Snow, making distinctions between the Lake and the City difficult, from my vantage point. It was my first introduction to Snowmobiles racing on the Lake, leaving tracks that were quickly covered over by blowing Snow.

The Sun glittered, calling inhabitants of this Northern Cariboo City to come and play, to take advantage of the Lakes and Rivers and vast Fields and Trails that dot the area.

As we drove down into the Williams Lake valley, I was absolutely astounded by the enormous activity. It seemed as if the whole day was involved in a constant rush hour, it seemed as if everyone that lived there was outside, shopping, window-gazing, going about important business. Restaurants are filled to overflowing; finding a table at lunchtime is next to impossible. 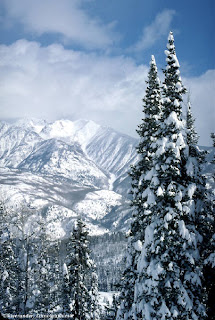 In the middle of Winter, this City carries on. The cold condition of the weather in Williams Lake is ignored.

We checked in to the Fraser Inn, currently being renovated. I soon learned that the entries to all businesses, Hotels and restaurants are sloppy and wet...Snow melting off shoes and boots create puddles and mats become waterlogged. Even the finest entry to the best building falls victim to the melting Snow.

I learned, as well, that Snow falls during the Night, very often, making the sludgy, muddy Roads pristine once again, until the inevitable daytime activities once more turn them into ridged, softened, dirty runnels.

We made an appointment for the next day with a Realtor; with a map of the City we set off, once more, to see what there was for sale, what areas we wanted to be situated in. We wanted country property, so we headed off...to Fox Mountain, Esler/Dog Creek and others.

None of these roads were ploughed. Most were hard-packed Snow; it was difficult to tell where the ditches were on these roads. Thankfully, our vehicle pulled through, dirty windshield and all.

The City of Williams Lake is centred in a valley, with the Lake at its middle. It is a relatively narrow valley, and property outside of the city is situated on the mountainous terrain that surrounds it. 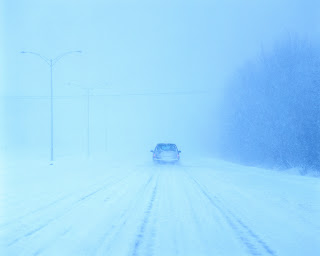 And the higher one goes, the colder it gets, making for a very short growing season, a thing I did not realize and a thing that is important to me. The views of the City are stupendous, from some of the places I saw. But am I ready to exchange a view, as beautiful as it may be, for the shorter growing season?

There is another consideration, in moving to a country property...and that is many of the properties have sewage lagoons, a thing I had never heard about before this trip. This took me aback; this is entirely new to me. A sewage lagoon. The questions I asked were met with gentle smiles and some bewilderment...why was I concerned about this?

Sewage lagoons will require much research on my part, before I could consider buying property with one. Here, on the Coast, if the soil will not perk, there are other ways around the problem and these ways have not transferred North, as yet.

And many of the ideas and creativity involved in building here on the Coast have also not travelled North. Green ideas, conservation and taking care of the environment seems to be a little less in the forefront. In some ways, I felt as if we had travelled to a different country entirely...one a little back in time.

Most houses here are not meant for two people...most have a minimum of four bedrooms, full basements...every house is really large. Heating with wood is very common, especially after the Pine Beetle left many groves of dead Trees. The Trees are Pine and not conducive for building, but some newer houses use the dead wood for planked ceilings and walls and furniture, a very attractive alternative to burning. Pine Deadwood has a silvery, marred beauty that speaks to me of history I do not intuitively understand, as yet. 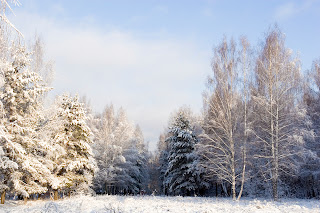 Landfills can no longer accept the dead wood; there is too much of it. In time, other uses for the wood will proliferate, and there is an eventual end to the Deadwood. The pine beetle has moved on.

This trip turned into a fact-finding mission. What was I truly facing, beyond the romance of the Northern country? What was mundane life like, here in the Heartland, far away from the sophistication of the western shores? What challenges or opportunities awaited me here? And how would I find the best way to deal with them?

I found a butcher shop, selling cuts of Beef and Buffalo only found in the finest restaurants, which also sells the same brand of Goat Milk I buy. I found two large grocery stores and countless other smaller ones. I found another butcher shop, that sells nothing but Pork products. I found organic vegetables are delivered in the Summer growing period, from a local farmer.

I find a branch of the Thompson Rivers University. I find many beautifully kept schools, with large playing fields and well-thought out designs. I find a zest for life here, beyond the outward look, beyond the fashionable designs of the West Coast.

And I find I do not hurt in this climate...arthritic knees and shoulders and feet and hips all felt much more limber, in this dry cold.

People are open-hearted here, true and honest. Friendliness is a given and nurturing goes beyond the necessary...Graham is 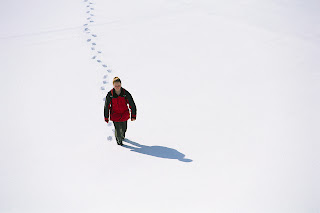 suffering with the most dreadful cough and a waitress in a restaurant, with high solace, asked him if he wouldn't like some honey in his tea, wrapping him with care.

Our life is turned inside out, for awhile. Everyday events will change, each hour bringing a new idea or thought. It is exhausting and exhilarating.

Williams Lake awaits us...a City built by cowboys, loggers and miners. Adventurers all, their Spirit still imbues the City with a palpable energy.

What will this energy teach me?
Posted by Marion at 6:45 a.m.