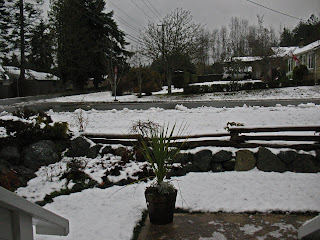 This morning my horoscope advised me not to whine.

I am known for my deep ability to whine and whimper over not getting my way. So I decided to practice acceptance of conditions the Universe decides to send my way.

It's Wednesday. Usually, I would have travelled to visit my daughter and grandchildren today.

The aberrant weather, however, warned me not to attempt the trip...weather warnings were posted everywhere, of a huge Snow storm blanketing the area.

We received some Snow last week, which melted into slush during the following sunny days...and then froze overnight. The roads are sheets of Ice, in the morning. As difficult as it was...Wednesday mornings with my family are infinitely precious to me...I stayed at home.

Did I whine? Yes. Did I complain? Yes. For awhile, I forgot I wasn't to do this. In my befuddled state this morning, I told Graham I was going to make Lemons out of lemonade. He wished me luck.

On my way to answer correspondence on the computer, I happened to glance out the office window, just in time to see the Snow plough blade hit the recycling box stationed at the side of the road for pickup. Cans and bottles and papers settled in the snow, and the blu 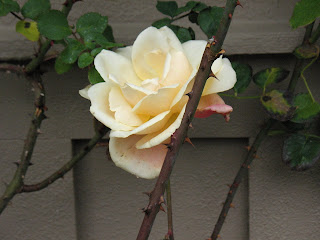 e box ended up upside down a fair distance from where it originally sat.

The plough carried on, faster than most vehicles drive on this road. A few choice words found their way past my lips, until I remembered...no whining and whinging.

This is where things got a little strange. Weird. Goosebumpy, even.

There was nothing for it, but to go and pick up the recycling. Certainly the snow plough guys were not going to come back and fix what they did. It was up to me, complaints or not.

As I picked up the cans and whatnot, I noticed, very suddenly, that there were people around me. I wondered where they came from...it was very early, the morning still darkened by ferociously cold weather.

But I'd my head down, so I assumed they were out for walks...until I remembered seeing this same group of people the time our garbage can had been overturned, and I was 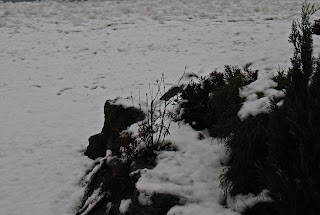 out picking up garbage. They had a familiar energy signature...I had met them before.

We discussed the shameful practice of having a snow plough hit the recycling container. I was advised to call the Town to complain. I demurred, saying it was my day to not complain at each and every thing that occurred to me.

They muttered amongst themselves, as I continued to pick up the recyclables. Intending to change the subject, I brought up the weather. One man told me I would feel the East Wind soon and as he spoke, recycled papers went flying across the yard from a blast of Wind from the Ocean.

I turned my back on the group to chase down the papers, and when I turned back...there was only one gentleman there...

I glanced up and down the road...nothing. Only the howl of Wind.

The gentleman continued speaking, telling me he had lived not 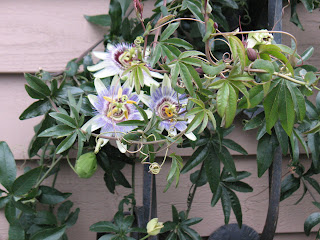 far from here long ago. He asked if there was still a problem with water running down from the Park. His voice rose with the sound of the rushing Wind. I answered as best I could, still searching for the other people. He did not seem concerned, just continued to pass the time of day. He told me it was a great time for a walk, but that I was to stay put and not go wandering off over the Hump, a word used by locals to describe the mountain pass I would have to travel over, in order to visit my daughter.

I wanted to ask him...What happened to the other people? Where did they go?

I was afraid he would answer...Who?

And when did I tell him I had thought of going to Port Alberni?

As addled as I was quickly becoming, I took a closer look at the man. His face looked as if it could break into smiles at any moment, it was wreathed in round wrinkles. He was dressed warmly, in what looked like those pea coats we used to wear, way back in the sixties. He wore a Homburg hat, a hat that looked very similar t 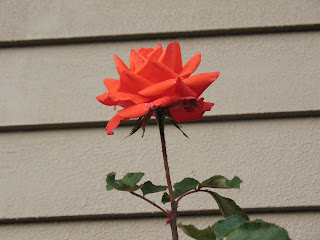 o the ones the gangsters in the movies wear. And he wore a green muffler. And he had on brown leather gloves.

He kept speaking...I felt I couldn't interrupt. As Wind picked up speed, as leaves flew and my hair loosened from its braid, he told me the Hump was going to be a mess, this afternoon. He smiled, said...Be thankful you're not on that highway. Better to stay put.

I only nodded my head, wondering how he knew I was considering making the trip after lunch.

By this time, my eyes were as big as basketballs, but he remained cheery. He lifted his hand, wished me a good day, and walked away, along the road. I watched him for a minute, wondering if he would disappear as well, but he was still there as I walked back into the house.

And who was this amazing man?

In the long run, perhaps it doesn't matter. This episode took me aback because it happened when I was fully aware. I wasn't sleeping, and receiving messages from figures that appear to me in my dreams.

I wasn't meditating or journeying, wherein I am able to travel to other realms and where seeing people surrounding me is a matter of course.

I was wide awake. In the early morning cold...busy picking up recyclables. Fully in touch with my surroundings. 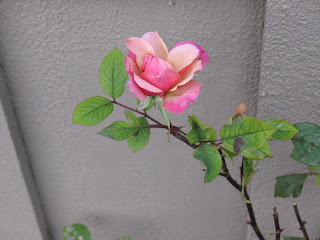 I believe these people were warning me. In my headstrong manner, where my heart ruled my mental acumen, I had considered travelling over the Hump in the afternoon. Perhaps I may have been involved in an accident, perhaps it was not the time to challenge the weather.

All I know is, allies and guardians show up in all shapes and sizes.