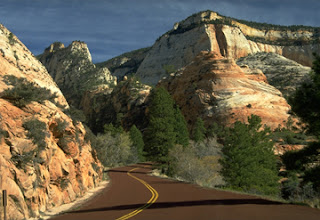 I was given a copy of Susan V. Bosak's book "Something to Remember Me By" for my birthday in 1998. Bree signed it, at the age of three, with beautiful, varied squiggles. This book is one of my treasures.

I never fail to cry when I read the story.

So it is difficult for me, when I read my mother this small story, to keep the tears at bay. I never know whether or not she understands the whole of the book, but she surprises me always. At some point in my visit, the story will have nudged a memory or two...and we'll return to the past for a short while.

The story is about a little girl who visits her grandmother, usually receiving a memento from her at the end of each visit. Some are strange, some are wonderful, but the little girl keeps them all.

As time passes, life changes. Then it is the little girl, now an adult, who gives to her grandmother. And she understands, finally, why her grandmother gave her all those gifts, and what the most important gift and happiest memory of all is...their love for each other.

I remember as clearly as if it was yesterday, a time when I thought my mother was the bravest person on earth. We remembered that time, she and I, the other day. Her memory is different from mine...but when this incident happened I was about three years old...and of course, she was a grown-up.

We were on a scooter, my Mom and I. My mom was standing; I was sitting behind her. We came upon what looked to me lik e a very steep hill, deep and long. I gather it wasn't such a steep hill, but to my young eyes, I couldn't imagine going down that long winding hill, without losing control and crashing over the side. To me, it looked as if the road sat on top of a cliff...a drop-off with no end.

But my mother took me and the scooter, and faced that "hill" with panache, letting the scooter travel faster and faster. My heart in my mouth, my eyes as big as saucers, I clung to the seat of the scooter, not at all sure I would make it to my fourth birthday.

At the bottom of the hill, my mother skidded the scooter to a stop, turned to me, said something like...we made it! Her eyes shining, her hair windblown, to me she seemed like a warrior princess. She had faced that "hill" head on, with excitement and anticipation and yes...even as a toddler I felt it...a little fear.

I was in awe of my courageous mother.

And now, as she drifts in and out of reality, the snippets of her memories and mine become more precious each day. My mother was not a saint. She made many, many errors along her life path. Pigheaded, she is only now beginning to understand her life. And she is beginning to forgive, herself and others.

At this stage in her life, those old hurts and sharp pains take on a misty, faded quality. Suddenly, they don't really matter to h 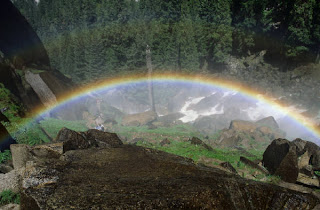 er much anymore, less and less as the days go by.

Mostly, she lives in the immediate present. Breakfast, a meal partaken of just two hours ago, is forgotten. And that's okay.

The main thing is, she has not forgotten that courage I was so impressed with, when we traveled together down that hill. On a scooter which, she told me later, had terrible brakes.

Some might say it was a foolhardy act...taking a small child down a hill on a scooter with on- again off- again brakes. But my mother told me she knew she could get us down that hill, else she would never have attempted it. She tells me it wasn't a big hill. I don't believe her.

I would rather believe what she taught me that day. Perhaps what loomed as a steep road with terrible drop-off 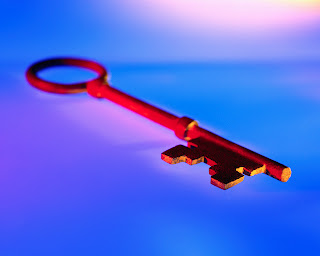 s with no end was not what she saw, but I did. Perhaps a small ditch would be a giant crevasse to my toddler's eyes. From my point of view, Mom faced a huge, seemingly insurmountable problem with awesome courage.

This one simple memory is one on which I have based my own hurdles. It is a key...a remembrance which taught me to stand and face my fear, no matter the circumstances.

I have only to conjure up the memory of my mother's eyes shining as she turned to me and said...We made it.