Recognizing Messages From Beyond 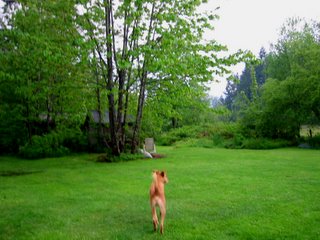 Quite often, when people die, the life they leave behind has some unfinished business. And before they leave on their new path, sometimes those souls will hang around until things are to their satisfaction. In this case, people who are close to the deceased can often sense or see the loved one.

Dreams play a large part in my ability to walk with a departed soul. I have read or studied somewhere that appearances in any way other than dreams by the soul takes an enormous amount of energy. That is, moving an object, ringing the telephone, making sounds or appearing physically takes more energy than appearing in dreams.

So, especially when a loved one dies who is close to me, I can sometimes sense the time of death. At times, I will feel a sharp pain in my skull...always a harbinger of someone's death for me. In my Dad's case, he died suddenly...but it took a very short time after his death for me to be in touch with his soul intuitively, hearing his footsteps, experiencing an upgrade in synchronistic happenings. Now he has shifted his attention, in large part, to my mother...but he has started appearing regularly in my dreams. He gives me his messages...they vary...but his appearance is growing younger and younger.

There were many months of appearances by my daughter when she died. It took an incredible amount of intent for her to keep appearing for as long as she did...and about two years ago, she told me, with tears streaming down her face, that she would only appear once in a while to me. And that is when I was able to let her go...when I knew she was in pain, torn between two very different paths.

I have practiced walking with a departed soul for the very first part of his new journey for a long time, and I am aware of the messages that are sent. But very often, a new way to send a message appears...spirits are intensely creative. One close spirit banged on my daughter's ceiling for hours one night...neighbours heard and complained. But there was nothing to be seen, although we both knew who it was. The phone rang constantly after my daughter died suddenly; but nobody was there...just far off noises.

When the soul returns after death, I am always engulfed by memories and pain. That is the sense I draw on to know the soul is near; and I do everything in my power to reassure the soul that pain alone does not consume me anymore. And that they are free of any unfinished business with me, free to follow their own path without holding any negative, lingering ties to the past.

And then sometimes, I will walk with them for awhile, using the tools I've been given in both Shamanism and Reiki, to comfort and lend support.

But in my Dad's case, he has things to attend to, still. He will only go when he deems it is time to do so, and no daughter of his will ever tell him different. I have found the characteristics a soul departs with don't change just because they have left the physical plane. There is a progression towards where the soul evolves, but it is not immediate.

So Dad is still as stubborn and opinionated as he was when he was alive, just about three weeks ago. He will appreciate my help when he needs it, and not when I think he does.